A study published by Pew research last week has uncovered some interesting insights about US teens’ use and preferences of social media. Most interesting for us at MakeMeReach, and we reckon for all social advertisers, is the growing shift towards social networks that house highly visual and easily browsable content.

Amongst a whole host of other insights, the study showed that YouTube, Instagram and Snapchat are the most popular social networks for US teens. 85% of respondents said they use YouTube, whilst 71% said they use Instagram and 69% Snapchat. Lagging behind were Facebook, with only 51% of respondents noting they use it, and 34% for Twitter. Facebook seems to have lost the most ground, with the 2015 study suggesting a full 20% more US teens (71%) were using Facebook 3 years ago. 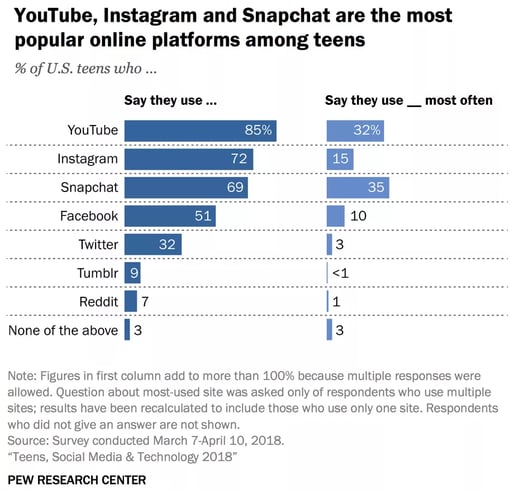 The main point of difference with the three most popular social networks is the highly visual nature of the content. All three are video or image-first platforms, and have successfully captured the imaginations of teens who are sharing and connecting in a more visual way than any previous generation.

So, could keeping your creative highly visual be a key to reaching teens on social? It’s true that several of our clients, whose target audiences are made up largely of teenagers, have seen success leveraging innovative ad formats across highly-visual platforms like Instagram and Snapchat.

Here are three of our best examples: 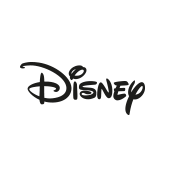 To promote its blockbuster sequel to Guardians of the Galaxy, Disney ran a campaign last year leveraging ads in Instagram Stories and Feed. The CTA for this campaign offered the possibility to pre-order seats online through the movie’s dedicated website.

For Disney, this campaign confirmed that ads in Instagram Stories are a very efficient and cost-saving format to connect with the young audience they targeted. The team at Disney were particularly impressed with the CPC, which ended up being 5 times lower than that of similar ads in the Instagram News Feed. These stats seem to suggest the highly-visual and easily-browsable nature of Instagram Stories helped Disney effectively connect with their largely teenage audience. 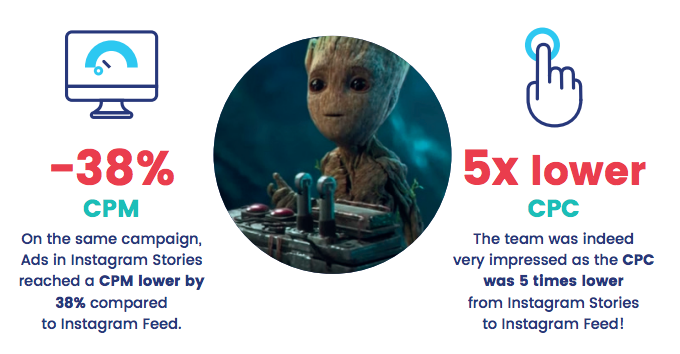 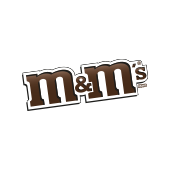 Another company who markets to a largely teenage audience is M&Ms. With the help of their agency, Good Rebels, M&Ms leveraged the MakeMeReach platform to test ads in Instagram Stories last year. The objective was to have a cost per video view (more than 3s) of €0.01 maximum. Thanks to the optimization tools available in MakeMeReach, M&Ms reached a cost per video view of €0.002 in just one week - 5 times less than what they expected.

The team was also very impressed by the CPM. While the average social ad campaign has a CPM of €2-3, this campaign achieved a results of €0.30! Berta Torrecillas, Account Manager for M&M’s at Good Rebels, summed up the great results: “To reach young people in their daily lives, to be seen as an innovative brand, and to get great performances even with a limited budget, nothing compares to ads in Instagram Stories”. 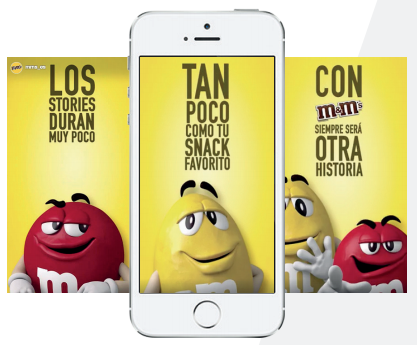 To promote their movie Everything Everything on the Belgian market, Warner Brothers worked with their agency, Mindshare, to set up a Snapchat campaign using the MakeMeReach platform. Creatives exclusively for Snapchat aimed to raise awareness for the movie’s long-form video trailer. Multiple short-form videos targeted mainly teenage audiences, encouraging them to swipe-up and watch the long-form movie trailer.

The Snap Ads campaign for Everything Everything started one month before the film’s release and ended after the premier. Both Mindshare and Warner Bros were pleased with the results of this first campaign, which included: 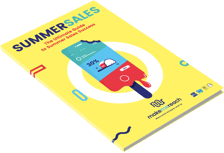 The Summer Sales period is approaching fast! Learn how to make the most of it, including connect with teenage audiences, in our latest eBook: 'The Ultimate Guide to Summer Sales Success'!